Himachal Pradesh is a state in the northern part of India. Situated in the Western Himalayas, it is one of the eleven mountain states and is characterized by an extreme landscape featuring several peaks and extensive river systems.

Himachal is in the western Himalayas. It is spread across valleys with many perennial rivers flowing through them. Around 90% of the state’s population lives in rural areas. Agriculture, horticulture, hydropower and tourism are important constituents of the state’s economy.

It is a mountainous state. Most of the state lies on the foothills of the Dhauladhar Range, shilla peak is the highest mountain peak in the state of Himachal Pradesh.

The state is endowed with a high diversity of medicinal and aromatic plants. Himachal is also said to be the fruit bowl of the country with orchards being widespread. Meadows and pastures are also seen clinging to steep slopes. After the winter season, the hillsides and orchards bloom with wild flowers, while gladiolas, carnations, marigolds, roses, chrysanthemums, tulips and lilies are carefully cultivated. 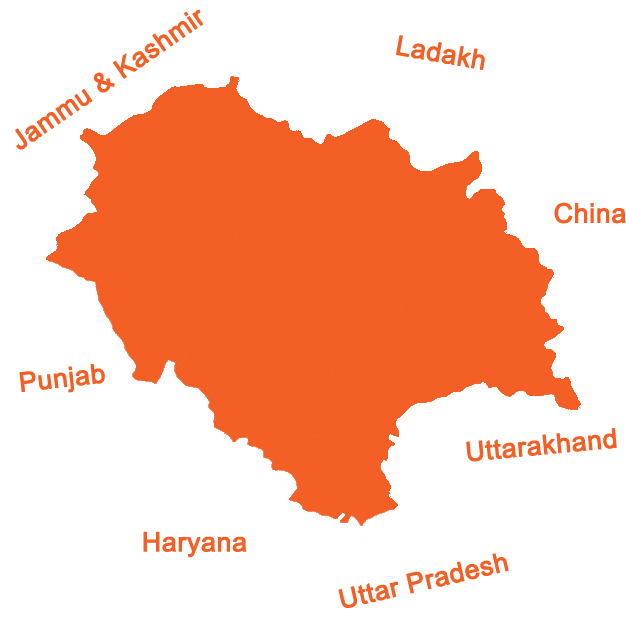