It is a state in central India. Its capital is Bhopal, and the largest city is Indore, with Jabalpur, Gwalior, Ujjain, Satna, Sagar, Rewa and Damoh being the other major cities.

Four sites in Madhya Pradesh have been declared World Heritage Sites by UNESCO: the Khajuraho Group of Monuments (1986) including Devi Jagadambi temple, Khajuraho, Buddhist Monuments at Sanchi (1989) and the Rock Shelters of Bhimbetka (2003).

All the rivers, which drain into the Ganges, flow from south to north, with the Chambal, Shipra, Kali Sindh, Parbati, Kuno, Sind, Betwa, Dhasan and Ken rivers being the main tributaries of the Yamuna. Shipra River is one of the most sacred rivers of Hinduism. It is the site of the Simhastha Kumbh Mela, which is held every 12 years. 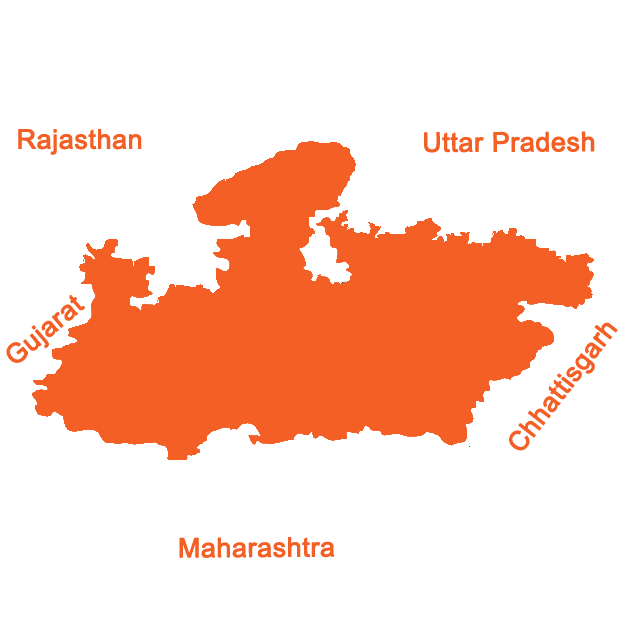