It is a state in northern India. Its capital Lucknow. The two major rivers of the state, the Ganges and Yamuna, join at Triveni Sangam in Allahabad and flow further east as Ganges.

The state is bordered by Rajasthan to the west, Haryana, Himachal Pradesh and Delhi to the northwest, Uttarakhand and an international border with Nepal to the north, Bihar to the east, Madhya Pradesh to the south, and touches the states of Jharkhand and Chhattisgarh to the southeast.

Uttar Pradesh is also home to three World Heritage Sites: the Taj Mahal, Agra Fort, and the nearby Fatehpur Sikri.

Religious tourism plays significant role in Uttar Pradesh tourism as the state has some of the holiest Hindu shrines. Varanasi a major religious hub, is the holiest of the seven sacred cities (Sapta Puri) in Hinduism and Jainism.

The historically important towns of Sarnath where Gautama Buddha gave his first sermon after his enlightenment and died at Kushinagar; both are important pilgrimage sites for Buddhists. Also at Sarnath are the Pillars of Ashoka and the Lion Capital of Ashoka, both important archaeological artefacts with national significance. 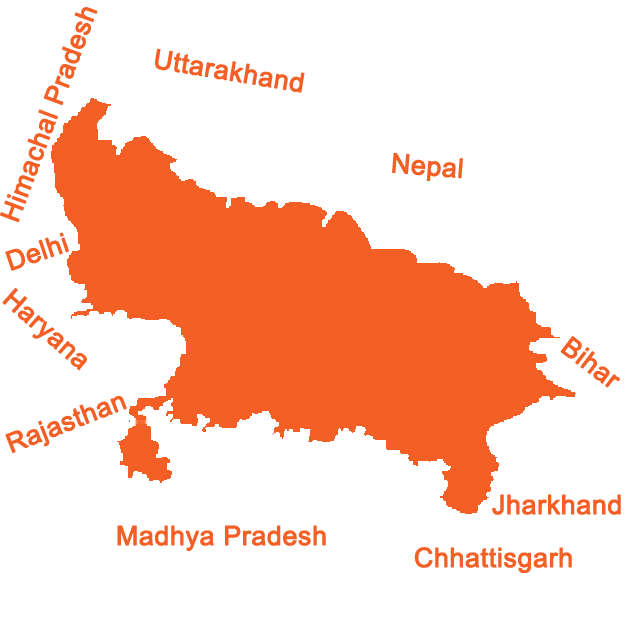