It is located on the northwestern side of India, where it comprises most of the wide and inhospitable Thar Desert (also known as the “Great Indian Desert”) and shares a border with the Pakistani provinces of Punjab to the northwest and Sindh to the west, along the Sutlej-Indus river valley.

Its capital and largest city is Jaipur. Other important cities are Jodhpur, Kota, Bikaner, Ajmer, Bharatpur and Udaipur.

Major features include the ruins of the Indus Valley Civilisation at Kalibangan and Balathal, the Dilwara Temples, a Jain pilgrimage site at Rajasthan’s only hill station, Mount Abu, in the ancient Aravalli mountain range and in eastern Rajasthan, the Keoladeo National Park of Bharatpur, a World Heritage Site known for its bird life. 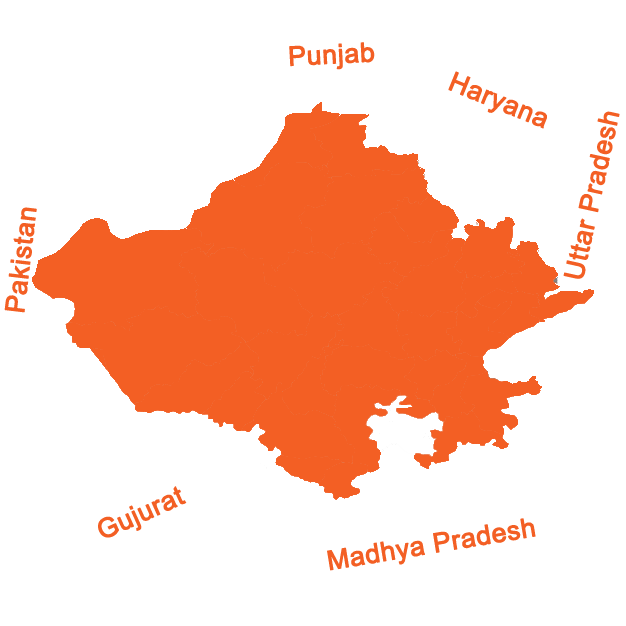