The climate of Arunachal Pradesh varies with elevation. The low altitude (100–1500 m) areas have a Humid subtropical climate. High altitude areas (3500–5500 m) have a subtropical highland climate and alpine climate.

Arunachal Pradesh has among the highest diversity of mammals and birds in India. There are around 750 species of birds and more than 200 species of mammals in the state.

Toward the northern border with Tibet, with increasing elevation, come a mixture of Eastern and Northeastern Himalayan subalpine conifer forests followed by Eastern Himalayan alpine shrub and meadows and ultimately rock and ice on the highest peaks. It supports many medicinal plants and within Ziro valley of Lower Subansiri district 158 medicinal plants are being used by its inhabitants.

The state has Mouling and Namdapha national parks. 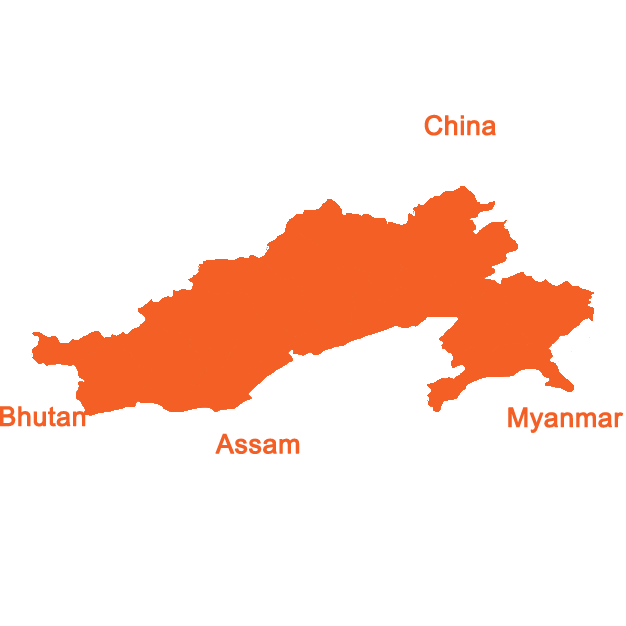