Jharkhand is a state in eastern India. The state shares its border with the states of Bihar to the north, Uttar Pradesh to the northwest, Chhattisgarh to the west, Odisha to the south and West Bengal to the east. The city of Ranchi is its capital and Dumka its sub capital.

The state is known for its waterfalls, hills and holy places; Baidyanath Dham, Parasnath and Rajrappa are major religious sites.

The national parks and the zoological gardens in the state of Jharkhand present a panorama of this variety. Part of the reason for the variety and diversity of flora and fauna found in Jharkhand state may be accredited to the Palamau Tiger Reserves under the Project Tiger. 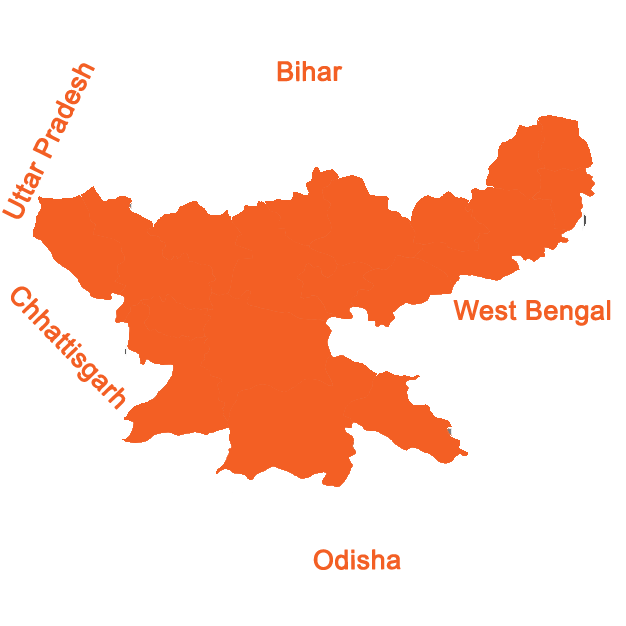