It is a state in northeastern India, with Aizawl as its  capital city.

It is the southernmost landlocked state, sharing borders with three of the Seven Sister States of old Assam, namely Tripura, Assam and Manipur. The state also shares a 722-kilometre (449 mi) border with the neighbouring countries of Bangladesh and Myanmar.

Mizoram is host to numerous species of birds, wildlife and flora. About 640 species of birds have been identified in the state, many of which are endemic to the Himalayan foothills and southeast Asia. 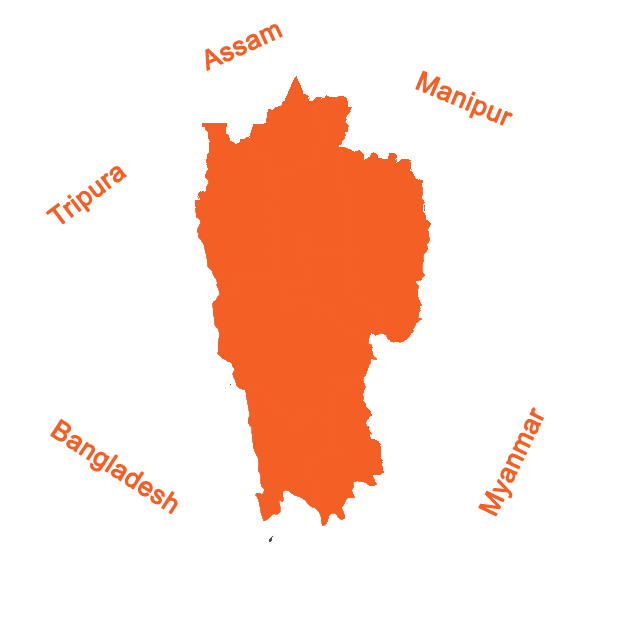