It is an Indian state located in Eastern India. It neighbours the states of West Bengal and Jharkhand to the north, Chhattisgarh to the west, and Andhra Pradesh to the south.

The Lingaraja Temple at Bhubaneswar has a 150-foot high deula while the Jagannath Temple, Puri is about 200 feet high and dominates the skyline. Only a portion of the Konark Sun Temple at Konark in Puri district, the largest of the temples of the “Holy Golden Triangle” exists today, and it is still staggering in size.

Daringbadi is a hill station in the Kandhamal district. It is known as “Kashmir of Odisha”, for its climatic similarity.

Chandipur, in Baleswar district is a calm and serene site, is mostly unexplored by tourists. The unique specialty of this beach is the ebb tides that recede up to 4 km and tend to disappear rhythmically.

Hirakud Dam in Sambalpur district is the longest earthen dam in the World.

The Debrigarh Wildlife Sanctuary is situated near Hirakud Dam. Samaleswari Temple is a Hindu temple in Sambalpur city, dedicated to the goddess known as ‘Samaleswari’, the presiding deity of Sambalpur.

The Leaning Temple of Huma is located near Sambalpur. The temple is dedicated to the Hindu god Lord Bimaleshwar.

In the southern part of Odisha, The Taratarini Temple on the Kumari hills at the bank of the Rushikulya river near Berhampur city in Ganjam district.

Deomali is a mountain peak of the Eastern Ghats. It is located in Koraput district. 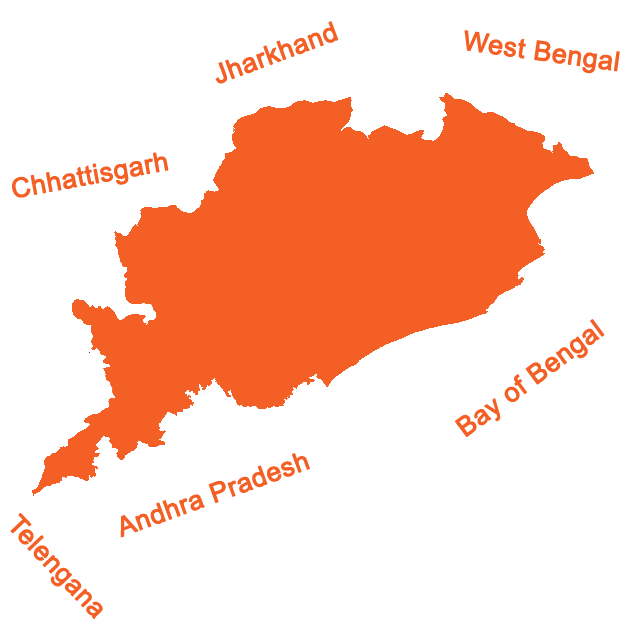