Maharashtra is bordered by the Arabian Sea to the west, the Indian states of Karnataka and Goa to the south, Telangana to the southeast and Chhattisgarh to the east, Gujarat and Madhya Pradesh to the north, and the Indian union territory of Dadra and Nagar Haveli and Daman and Diu to the northwest.

Mumbai, the biggest and the most cosmopolitan city in India attracts tourists from all over the world for its many attractions including colonial architecture, beaches, movie industry, shopping, and an active nightlife. Pune, called the cultural capital of Maharashtra, also attracts many visitors during the annual Ganeshotsav festival.

The area around Aurangabad has many ancient and medieval sites including the UNESCO World Heritage Sites of Ajanta and Ellora caves, the Daulatabad Fort, and the Bibi Ka Maqbara in Aurangabad.

The mountainous districts of Western Maharashtra are dotted with the ruins of hundreds of mountain forts from the Deccan Sultanate and the Maratha empire eras respectively. These forts and the surrounding hills are popular with people interested in trekking, hiking and Heritage tourism related to Shivaji.

The important hill stations in Western Maharashtra are Mahabaleshwar, and Matheran. In Vidarbha region, Chikhaldara is the hill station popular with visitors.

Places of worship that attract pilgrims from other parts of India, Sikh Gurudwara of Hazur Sahib at Nanded, Khandoba temple at Jejuri in Pune district and and the shrine of Saibaba at Shirdi. 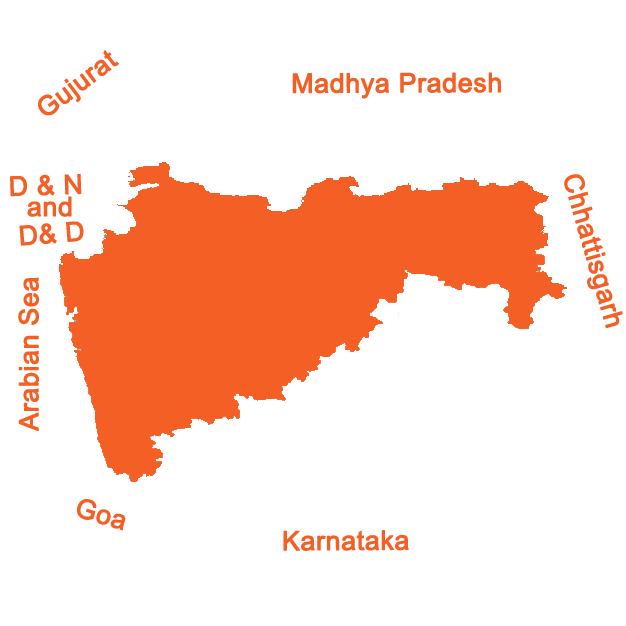