It is a state in the northern part of India. It is often referred to as the “Devabhumi” (literally “Land of the Gods”) due to numerous Hindu temples and pilgrimage centres found throughout the state.

There are many ancient temples, forest reserves, national parks, hill stations, and mountain peaks that draw large number of tourists. There are 44 nationally protected monuments in the state.

Oak Grove School in the state is on the tentative list for World Heritage Sites.

Gangotri and Yamunotri, the sources of the Ganges and Yamuna, dedicated to Ganga and Yamuna respectively, fall in the upper reaches of the state and together with Badrinath (dedicated to Vishnu) and Kedarnath (dedicated to Shiva) form the Chota Char Dham, one of Hinduism’s most spiritual and auspicious pilgrimage circuits.

Rishikesh near Haridwar is known as the preeminent yoga centre of India.

The state has 12 National Parks and Wildlife Sanctuaries. The oldest national park on the Indian sub-continent, Jim Corbett National Park, is a major tourist attraction.

Vasudhara Falls, near Badrinath is a waterfall with a height of 122 metres set in a backdrop of snow-clad mountains.

Due to its proximity to the Himalaya ranges, the place is full of hills and mountains and is suitable for trekking, climbing, skiing, camping, rock climbing, and paragliding. 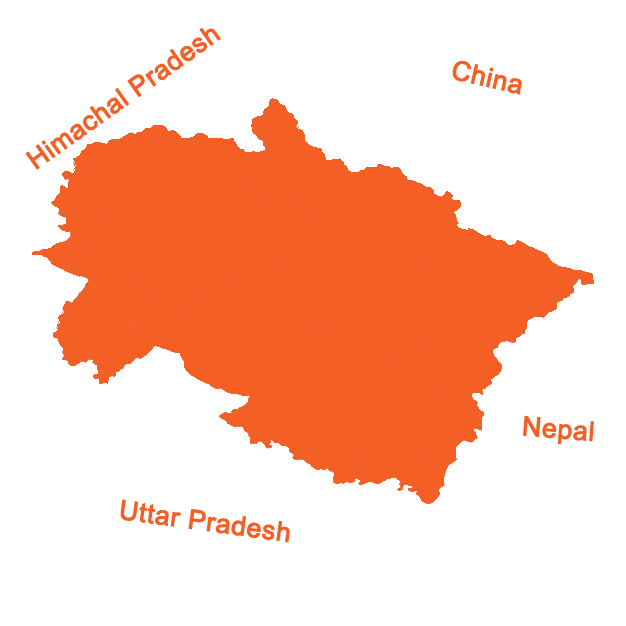