It is a state in eastern India. It is contiguous with Uttar Pradesh to its west, Nepal to the north, the northern part of West Bengal to the east, and with Jharkhand to the south. The Bihar plain is split by the river Ganges, which flows from west to east.

Valmiki National Park covers about 800 km2 (309 sq mi) of forest and is the 18th Tiger Reserve of India, ranked fourth in terms of density of tiger population.

Other species in Bihar include leopard, bear, hyena, bison, chital and barking deer. Crocodiles (including muggers) and Gangetic turtles can be found in the river systems. Many varieties of local and migratory bird species can be seen in natural wetlands of Kanwar Lake Bird Sanctuary, Baraila lake, Kusheshwar Nath Lake, Udaypur lake. Nagi Dam and Nakti Dam have been declared as bird sanctuaries. 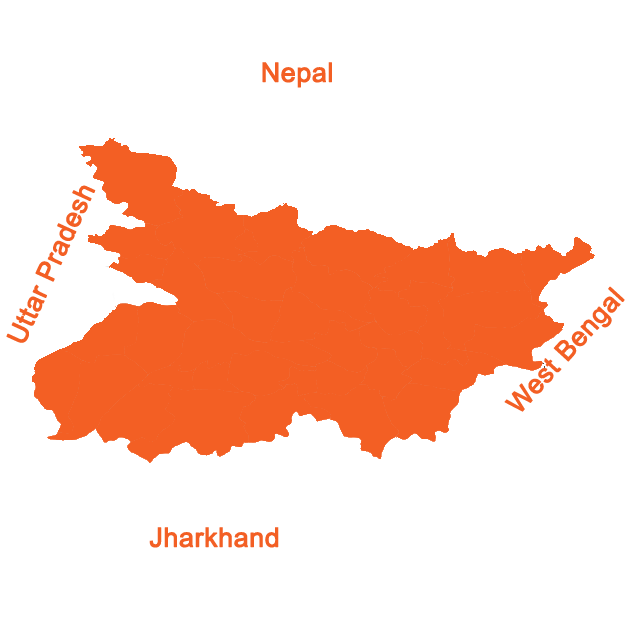