Chhattisgarh is the cleanest state in the category of states with more than 100 urban local bodies (ULB), for the second time, as per the ‘Swachh Survekshan 2020’ results announced by Union Minister Hardeep Singh Puri at the Swachh Mahotsav being organised by the Ministry of Housing and Urban Affairs.

The natural environment of Koriya in Chhattisgarh includes forests, mountains, rivers and waterfalls. The Amrit Dhara Waterfall, Koriya’s main attraction, is a natural waterfall which originates from the Hasdeo River. The fall is situated seven kilometres from Koriya on the Manendragarh-Baikunthpur road. The Amrit Dhara Waterfall falls from a height of 27 m, and it is approximately 3–4.5 m wide. Chirimiri is one of the more popular places, known for its natural environment and climate, in Chhattisgarh.

Almost the entire railway network spread over the state comes under the geographical jurisdiction of the South East Central Railway Zone of Indian Railways centred around Bilaspur, which is the zonal headquarters of this zone. The main railway junctions are Bilaspur Junction, Durg Junction and Raipur, which is also a starting point of many long-distance trains. These three junctions are well-connected to the major cities of India and also these station comes under the top 50 booking stations in India. 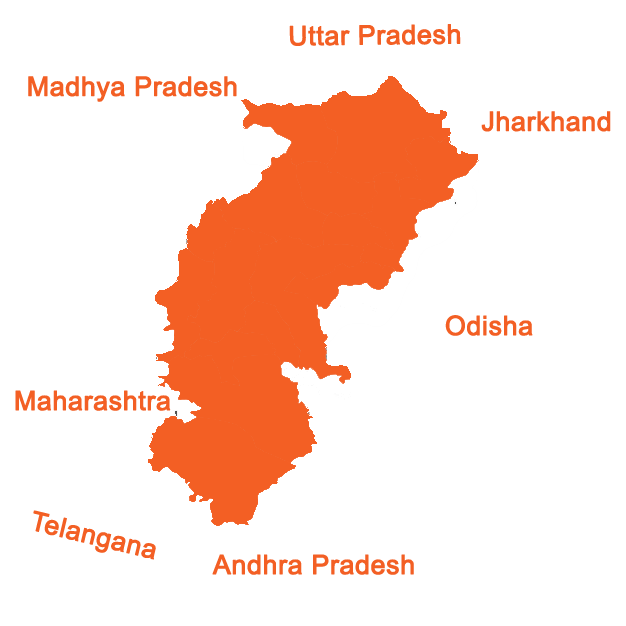