It is a state in India located in the northern part of the country. Chandigarh is the state capital, Faridabad in National Capital Region is the most populous city of the state, and Gurugram is a leading financial hub of the NCR, with major Fortune 500 companies located in it.

Rich in history, monuments, heritage, flora and fauna, human resources and tourism with well developed economy, national highways and state roads, it is bordered by Himachal Pradesh to the north-east, by river Yamuna along its eastern border with Uttar Pradesh, by Rajasthan to the west and south, and Ghaggar-Hakra River flows along its northern border with Punjab.

The Yamuna, tributary of Ganges, flows along the state’s eastern boundary.

The species found in the state of Haryana include black buck, nilgai, panther, fox, mongoose, jackal and wild dog. More than 450 species of birds are found here.

Haryana has two national parks, eight wildlife sanctuaries, two wildlife conservation areas, four animal and bird breeding centers, one deer park and three zoos, all of which are managed by the Haryana Forest Department of the Government of Haryana. 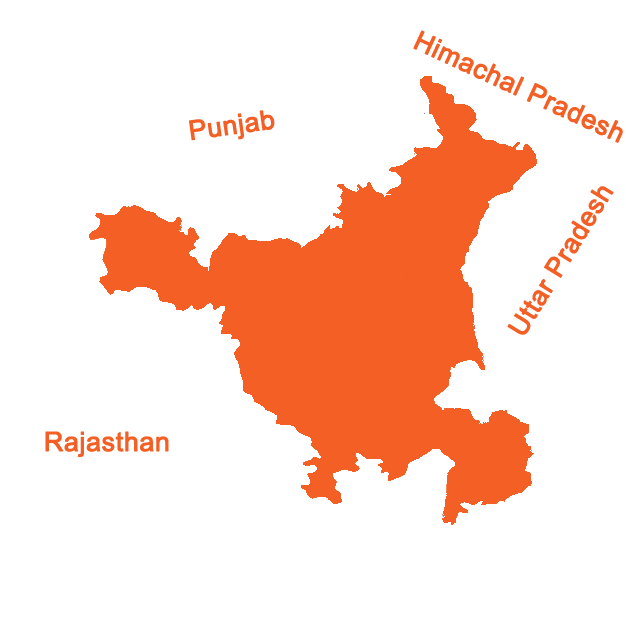