It is a state in India situated on the south-central stretch of the Indian peninsula on the high Deccan Plateau.

Its capital Hyderabad. Its other major cities include Warangal, Nizamabad, Khammam and Karimnagar.

Religious edifices like the Lakshmi Narasimha Temple in Yadadri Bhuvanagiri district, Makkah Masjid in Hyderabad, the ancient Bhadrakali Temple and Govinda Rajula Gutta in Warangal, Alampur Jogulamba Temple in Jogulamba Gadwal district and Medak Cathedral are several of its most famous places of worship. 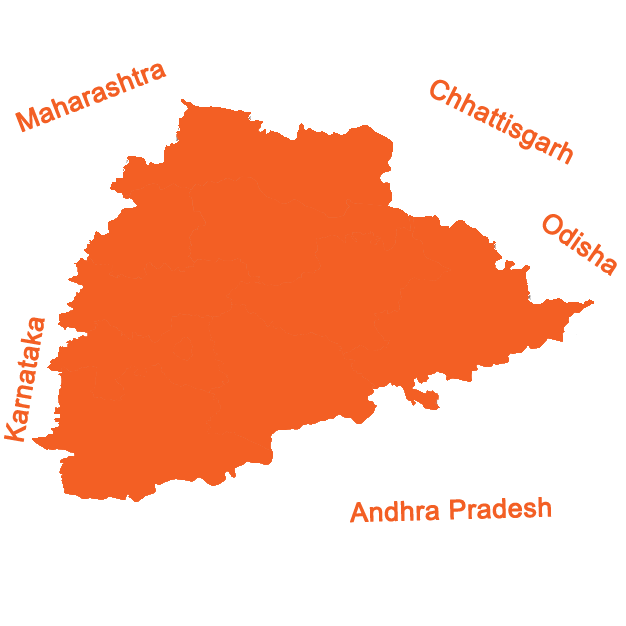