It is a state on the southwestern coast of India.  It is surrounded by the Indian states of Maharashtra to the north and Karnataka to the east and south, with the Arabian Sea forming its western coast.

It is India’s smallest state by area. Panaji is the state’s capital, while Vasco da Gama is its largest city.

Goa is visited by large numbers of international and domestic tourists each year because of its white-sand beaches, active nightlife, places of worship, and World Heritage-listed architecture. It also has rich flora and fauna because it lies on the Western Ghats range, a biodiversity hotspot.

Goa has a coastline of 160 km. Goa’s seven major rivers are the Zuari, Mandovi, Terekhol, Chapora, Galgibag, Kumbarjua canal, Talpona and the Sal.

Goa’s wildlife sanctuaries boast of more than 1512 documented species of plants, over 275 species of birds, over 48 kinds of animals and over 60 genera of reptiles.

Goa is also known for its coconut cultivation. The coconut tree has been reclassified by the government as a palm (like grass), enabling farmers and real estate developers to clear land with fewer restrictions.

Goa has two World Heritage Sites: the Bom Jesus Basilica and churches and convents of Old Goa. It has the Sanctuary of Saint Joseph Vaz in Sancoale.

There are many forts in Goa such as Tiracol, Chapora, Corjuem, Aguada, Reis Magos, Nanus, Mormugao, Fort Gaspar Dias and Cabo de Rama. 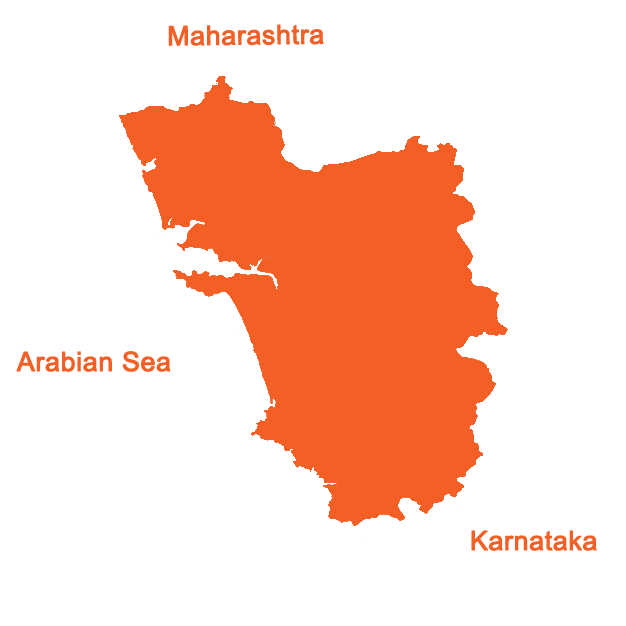